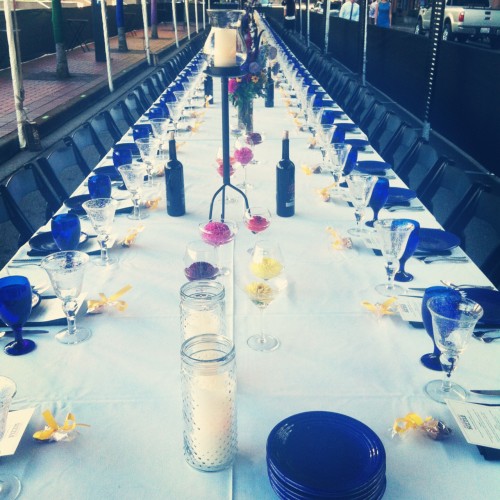 I had the chance to attend the first ever Broadway Sizzle communal dinner this weekend for the Broadway Center for the Performing Arts. Chef Dustin Joseph created a local menu and volunteered his time to cook for what must have been over 100 people…all on a charcoal grill. The flavors were great, and it was a really fun time.

As you can see from the photos, the table, set up right in the middle of Broadway in downtown Tacoma, was super long and elegantly appointed. Communal dinners are great because you can get to know the people you’re sitting next to. 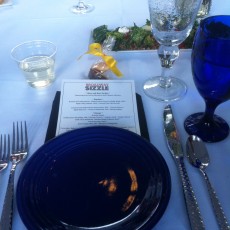 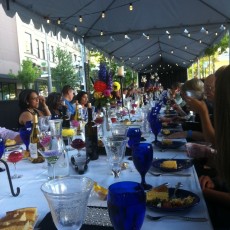 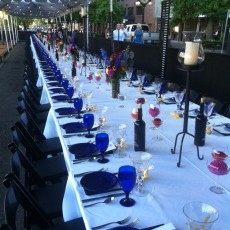 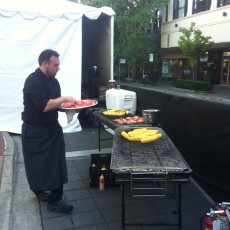 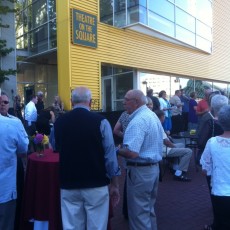 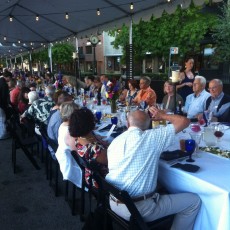 From Chef Joseph’s menu, my favorites were the grilled corn with cilantro aioli, heirloom melon cornbread and grilled hangar steak. All of the meat and produce was provided by sponsor Harbor Greens, and it was all top quality and delicious.

If you know me, you know I love Ice Cream Social, and they provided dessert – their lavender and vanilla ice creams. No complaints there!

Following dinner, we watched the national touring musical, Chicago. I have to say, I was smiling the whole time. It was the best musical I’ve seen, hands down.

All in all, it was a super fun night, and I hope Broadway Center will do it again next year.