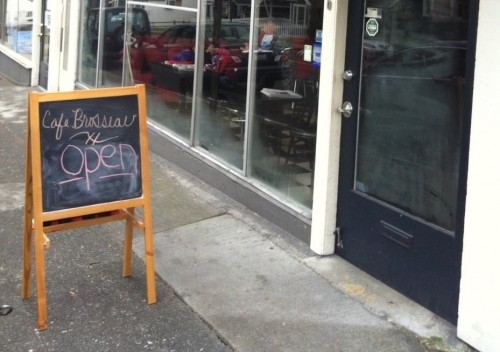 Pronounced “brew-so”, owners Christian Kelley and Donna Estes named the cafe after the Brosseau twins who owned an early 20th century grocery store that used to occupy the building. 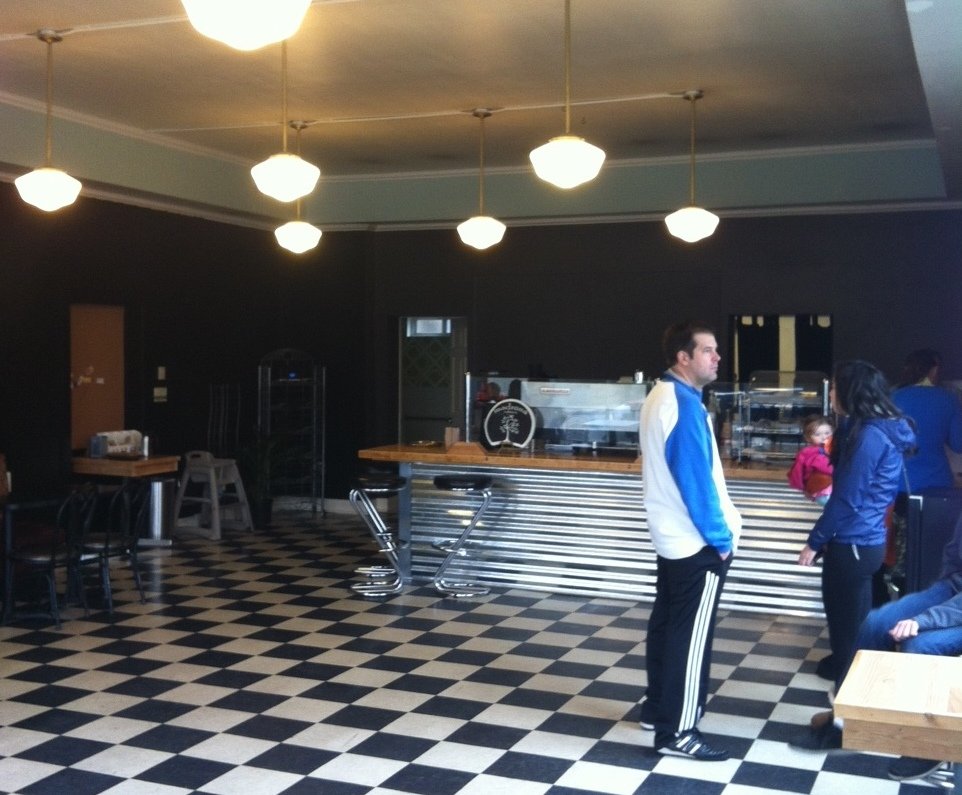 The neighborhood cafe joins other Three Bridges District businesses such as Magoo’s and MASH and fill the noticeable coffee shop void in the area.

On a visit this morning, the cafe was bustling with some of its first customers in line for Madrona Coffee.  Hungry? Stop in for sandwiches and the always delicious Corina Bakery pastries and handmade caramels from Fingerprint Confections.

Update: Since opening, Cafe Brosseau has expanded to also carry Alina’s Soups and regular and gluten-free breakfast sandwiches and sandwiches made in-house. 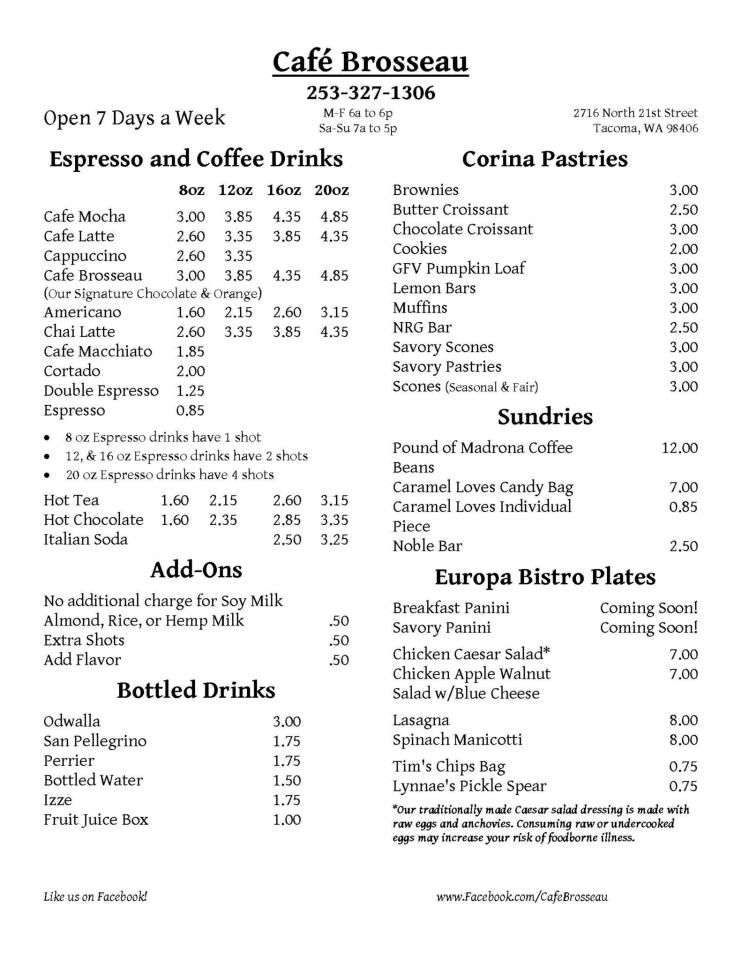